A resilient and fast-growing economy, Turkey offers business-friendly policies, an agile talent pool and global market access at the crossroads of Europe, Asia and Africa to attract sustainable FDI

Turkey has been one of the fastest recovering economies in the world following the Covid-19 outbreak, quickly adapting to challenges and transformations in the global economy and emerging as a hub post-pandemic sourcing in the global value chain (GVC). Turkey’s economy grew 7.4% year-on-year in the third quarter of 2021, with double-digit growth expected by the end of the year.

Turkey’s resilient economy has been a perfect investment magnet during the pandemic, as it has been for the previous 18 years. The country remained attractive for investments in greenfield and brownfields, as well as mergers and acquisitions (M&A) across a wide range of sectors, and saw a substantial increase in financial investments, successful start-up financings and lucrative outings. Last year, Turkey’s startup ecosystem saw five unicorns, including a NASDAQ IPO that set the tone for Turkey’s tech industry.

As Turkey’s economy recovers from the pandemic, the quality of its economic growth is also improving, with significant contributions from net exports to the Eurozone as external demand strengthens. Turkey has established strong and diversified export capabilities, enabling Turkish products to access a wider and more diverse range of international markets in terms of volume and variety. Other parts of the world, the United States, the Middle East and African countries in particular, are now among Turkey’s main export destinations, in addition to the traditional markets of the European Union, which continue to grow. play a major role. Despite global supply chain disruptions and severe manufacturing disruptions in 2020, Turkey’s annual exports reached $225.4 billion in 2021, the highest level in the Republic’s history.

That being said, why are multinationals opting for Turkey as a strong link to global value chains?

Backed by strong state support, Türkiye’s manufacturing base is quite diverse and robust, and has evolved up the value chain from limited to advanced manufacturing according to the World Bank. The industry alone has attracted over $40 billion in investment over the past 18 years.

With logistics playing a central role in GVCs, Turkey has invested heavily in its transport infrastructure over the past fifteen years to create domestic and international transport links.

Proximity to source and destination markets

Thanks to its favorable geostrategic location, multinational companies have already made Türkiye their home to run their businesses in the region, taking advantage of its location as a manufacturing, export, R&D and management hub. Turkey is set to offer more businesses easy access to multiple markets in its immediate vicinity, in addition to additional business benefits.

Turkey’s total workforce is around 33.3 million, making the country the third largest workforce in Europe and also one of the fastest growing in the region. Moreover, the country offers a productive pool of qualified engineers and competent senior managers with international experience, which boosts the country’s ranking against peer countries. 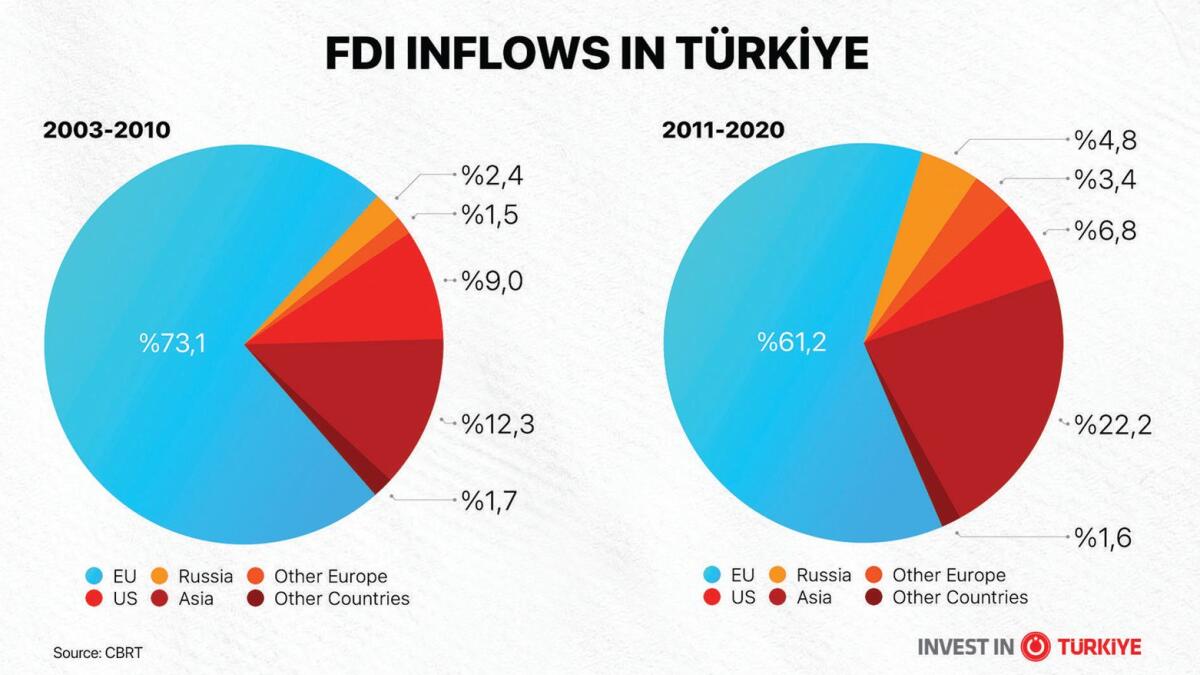 Having a customs union with the European Union and free trade agreements with more than 28 countries, Turkey has an extensive trade network. Companies operating in Turkey have access to approximately one billion potential customers without restrictions or tariffs.

Applicable to both greenfield and brownfield projects, Türkiye offers a comprehensive incentive program with a wide range of instruments that help minimize upfront costs and accelerate returns on investment. These incentives have also been one of the main tools in the reorientation of the Turkish economy towards higher value-added services. Turkey’s incentive system is mainly based on tax rebates and exemptions, and is suitable for projects in priority sectors classified as key areas for technology transfer and economic development, such as investments in transport goods and/or passengers by sea, air or rail, energy, energy efficiency, LNG storage, waste recycling, nuclear power plants and tourist accommodation. Moreover, medium and high technology investments, including products listed by the OECD, benefit from one of the most generous incentives, regardless of the location of the investment. The main components of incentives in Turkey include VAT exemption, customs duty exemption, corporate tax reduction, social security premium support, interest rate subsidy on credits and land allocation. 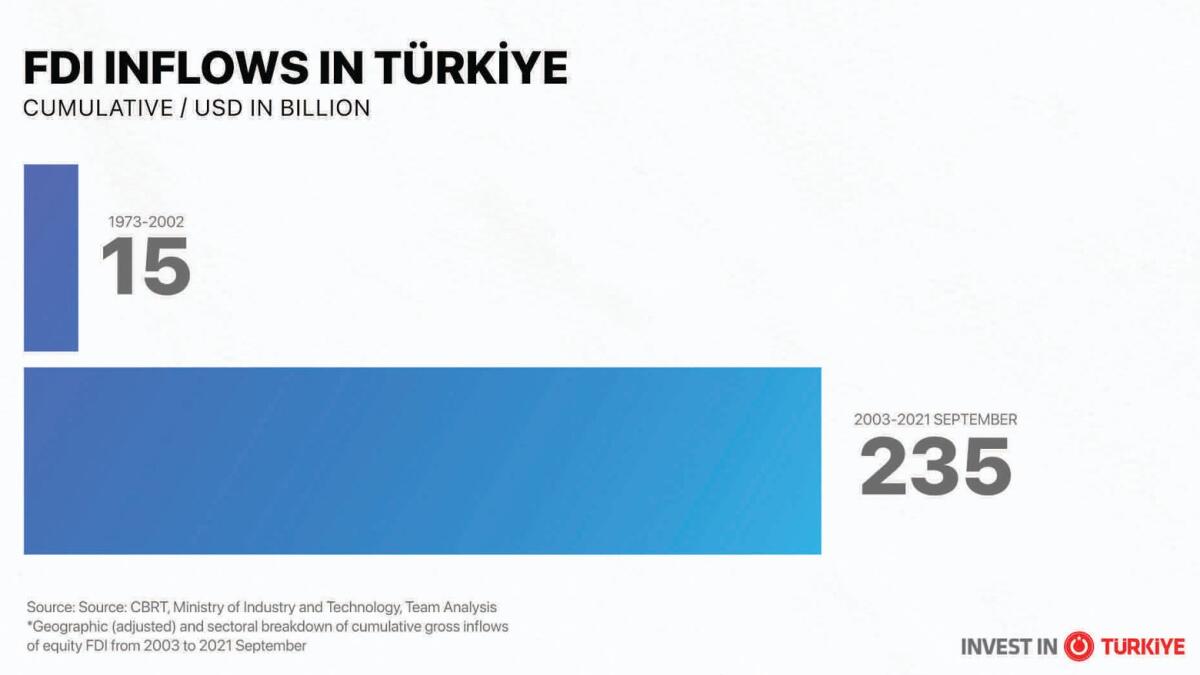 Turkey’s robust economy has been a favored asset for investors over the past 18 years, as it has been when investors around the world have sought safe havens with high returns and lower risks as a result. of the global financial crisis of 2008. Thanks to its impressive growth rates and financial reforms, Turkey has become one of those countries that has attracted the interest of global investors.

A diverse economy, a young population half of which is under the age of 32.7, and an entrepreneurial ecosystem supported by ever-improving reforms are unrivaled advantages for international companies looking to increase their engagements in Turkey and increase their investments in Turkey. the area using Turkey. as a springboard.

Turkey has become a leading regional player with global ambitions to become one of the top 10 economies in the world. According to the IMF, Turkey recorded the second highest growth among G20 members in 2020, becoming the world’s 11th largest economy by purchasing power parity. During the same period, Turkey was among the G20 members with the highest increase in industrial production. 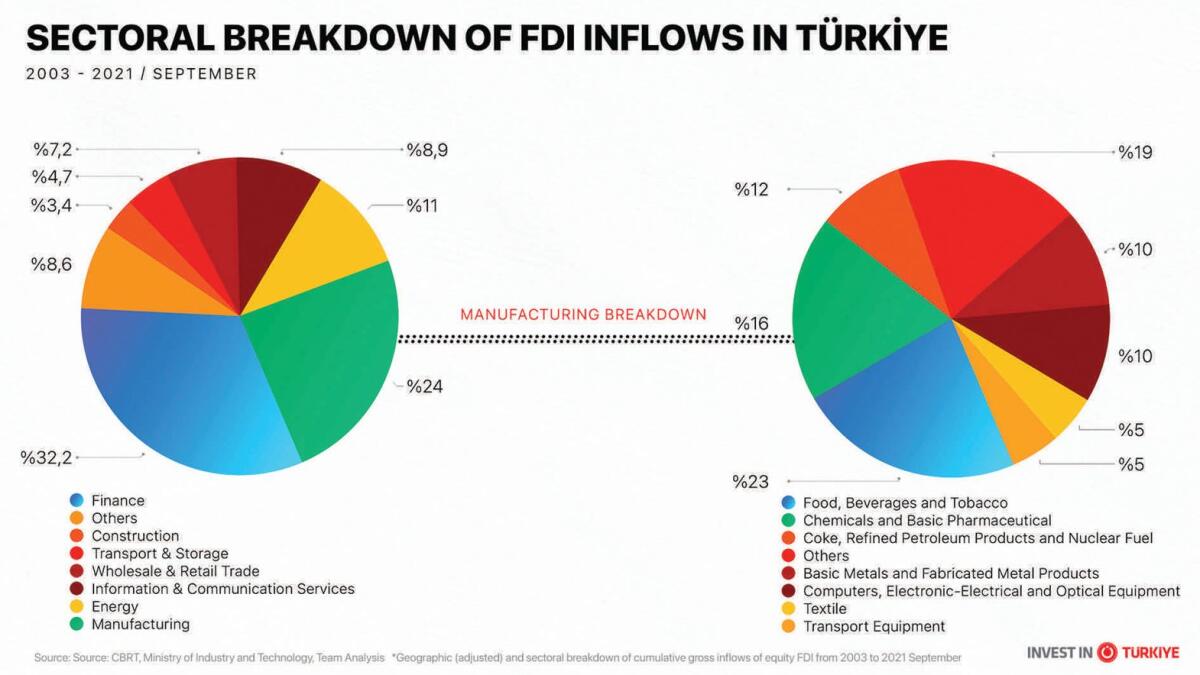 EVER-GROWING BILATERAL RELATIONS WITH THE UAE

His Highness Sheikh Mohamed bin Zayed Al Nahyan, Crown Prince of Abu Dhabi and Deputy Supreme Commander of the United Arab Emirates Armed Forces, paid an official visit to Turkey on November 24, 2021, at the invitation of President Recep Tayyip Erdoğan. This visit is of great importance both for the diplomacy of the countries of the region and for the economic ties between the two countries.

During the visit, a series of important investment agreements and memorandums of understanding that will enhance cooperation in the areas of trade, energy and environment were signed between the two countries.

In addition, the ADQ has signed a strategic cooperation agreement with the Investment Office, involving direct investment and cooperation with Turkey in the fields of petrochemicals, technology, transport, infrastructure, health , financial services, agribusiness and energy, including existing and new renewable energy projects up to 3 GW in Turkey.

President Recep Tayyip Erdoğan is expected to pay a follow-up visit in February 2022, while a free trade agreement between the two countries is also expected to take place in the coming period, resulting in increased bilateral trade volumes compared to existing double taxation. Prevention Treaty.

UAE companies and funds have increasingly increased their investments in Turkey, a trend that is expected to continue. Some of the notable examples include DP World’s establishment of a modern port facility at Yarımca-Kocaeli and Emirates NBD’s acquisition of Denizbank from Russia’s Sberbank. ADQ and Mubadala recently invested in Getir, Türkiye’s on-demand fast delivery pioneer, and Trendyol, the country’s largest e-commerce company. Meanwhile, the Abu Dhabi Investment Authority has long owned the Çırağan Kempinski Hotel, while Emaar has developed the Emaar Square Mall in Istanbul. The group previously developed the Toskana Valley project. Besides these investments by state-backed companies, UAE private sector companies are also active in Turkey, with technology-focused venture capital firms showing an increased appetite. 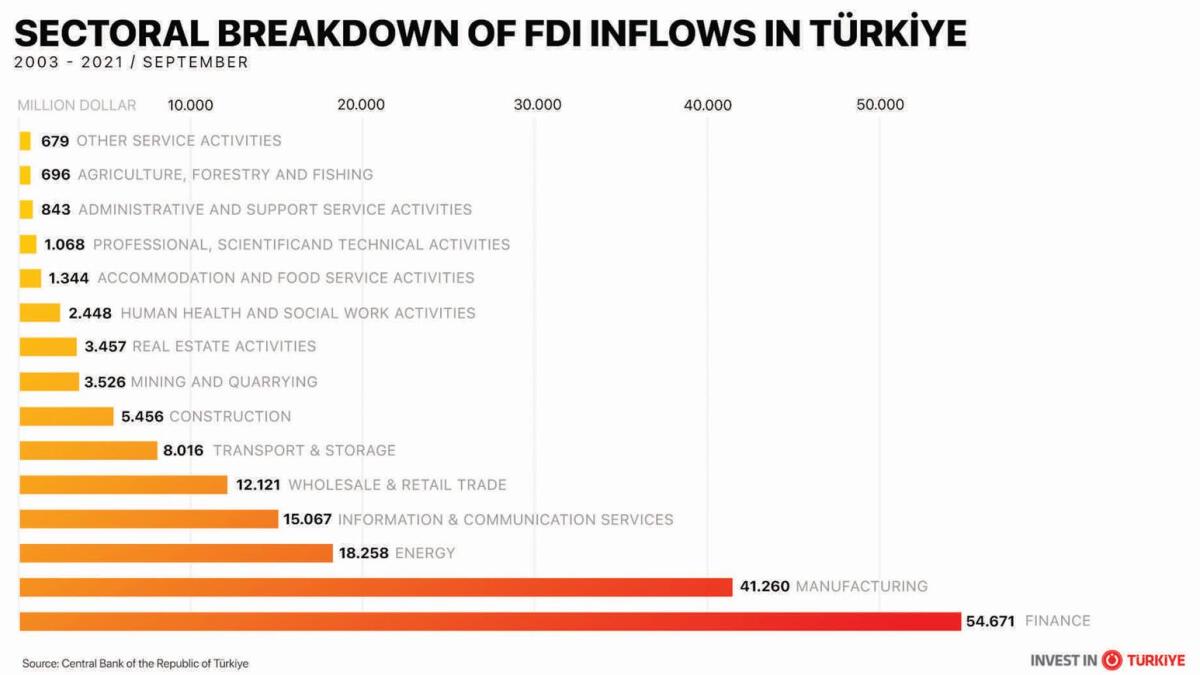 Active globally, the investment office operates with a network of local consultants based in a number of locations including UAE, China, Germany, Italy, Japan, Malaysia, Qatar , Saudi Arabia, Singapore, South Korea, Spain and the United States. . The Investment Office offers a wide range of services to investors through a one-stop-shop approach, ensuring that they get maximum results from their investments in Turkey.